We're an internet airplane guild, also known as a virtual squadron. We fly in DCS World, and generally fly anything we feel like flying at that particular time. We're usually found in the Hoggit supported Georgia At War server, where we'll be in anything from F/A-18's to Ka-50's depending on what needs doing.

Primarily, we're laid back. We play other games together, we chat about anything and everything, and we try to help eachother out, ranging from learning DCS modules to career advice. We're a wide range of folk - active military, students, sales, technology. Mostly, we're all just the bestest friends <3

All of our pilots are held to the same exacting standards, though they're not neccessarily high standards. To join, first and foremost we have to like you. That's going to simply involve hanging around in Discord, voice chat, and flying some time in DCS with us. From a technical perspective, if you can shoot a missile and bomb a thing and land then you're probably good.

While we're a carrier oriented squadron, we recognize that not everyone either wants or is able to drop $80 on one of the shiny new DCS modules. If you're a legend in the AV-8B or the Huey, we can talk about that - there's always consideration room for logistics pilots or night attack / SEAD stuff. If you enjoy flying around in some of the Russian FC3 aircraft, we've an aggressors group waiting for you. In the future, we'll all be flying the F-14 from Heatblur religiously for at least a week until people realize it's all analogue and they miss their MFD's and clever computer screens.

Other than scheduled ops and training sessions, attendance for which is encouraged but never required, we fly on the PvE server hosted by the awesome folk over at Hoggit. We're not going to grade you or hold you accountable to being online at certain times, but as with anything, you'll get out what you put in. We're all dating, married, employed, students, busy with actual real life things. We're not a job, we're not a commitment, but we'd like to hang out with you and get to know you.

Our recruiting process is as follows:
- join our Discord
- hang out, play games, make friends
- someone will end up suggesting we give you tags
- if a few people agree, we give you tags
- nothing changes, you just have numbers now and a bit below about you

After that, you're free to join up with any of our squadrons - as many as you wish - and take advantage of as much training and as many ops as you wish.

Oh, and don't be a dick. Big requirement. 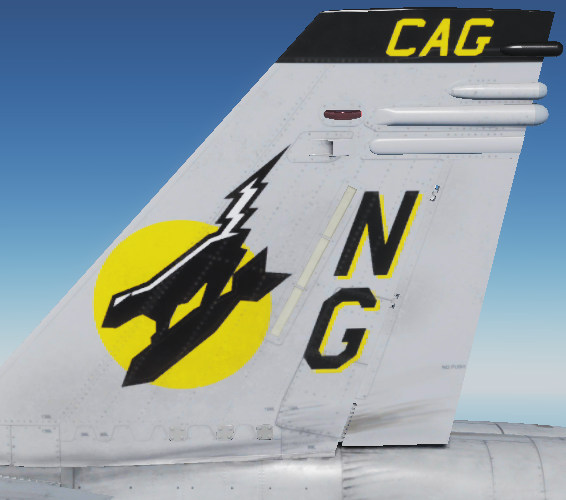 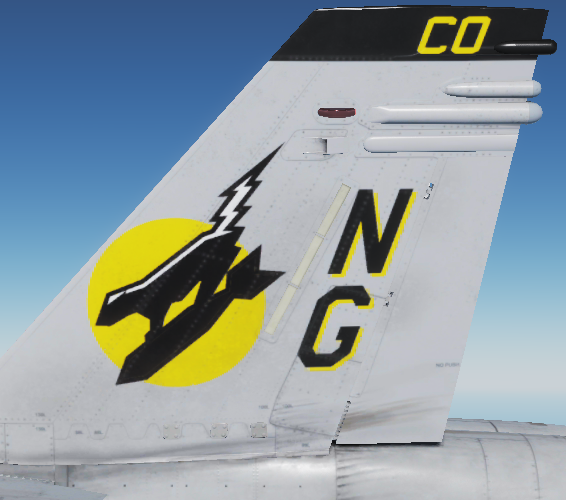 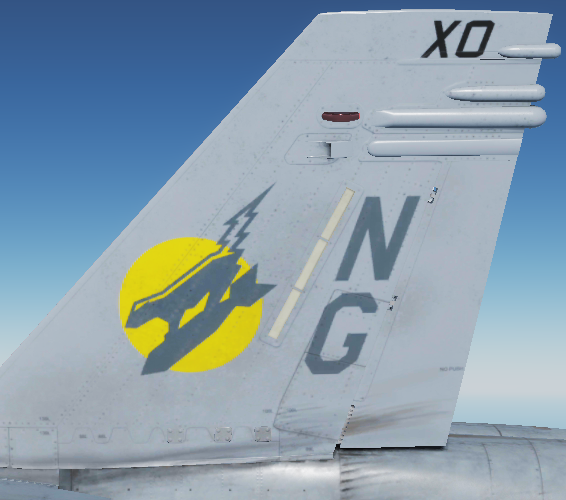 Our illustrious leader, Osiris can be found playing Halo, Hearts of Iron, or Escape from Tarkov. When he's not ignoring DCS, he's playing Zeus in ARMA, luring us into instant and overwhelming ambushes while claiming to have "not meant it".

Our resident F-16 expert, he is - at this very moment - attempting to learn how to fly the JF-17, which he described as "The Walmart True Value version of an F-16". His first hostile act in the jet was shooting down 8Gigs, which is the correct way to employ any weapons platform

Alchemy claims to play DCS and flight sims, often even knowing the answers to questions posed by members, but ultimately he does paperwork, looks after the website, and generally annoys the fuck out of everyone

Falafel lives down near MCAS Miramar and gets to see real airplanes. He's also our resident artist, responsible for all the CVW-69 skins and our amazing merchandise.

Willingly admits to having tried to land on the carrier in the wrong direction unintentionally after poorly managing fuel state. He's not even the worst pilot we have...

Nemo is an expert in finding out how much damage an A-10C can take. We all think he should become an expert in avoiding enemy weapons, but each to their own.

Our local friendly drunken pilot - good with the A-10C, good with the F/A-18C, and has a Jaguar. We assume the car, though more power to him if he has a fighter jet at home.

Literally designs airplanes for a living, or at least parts of them. Is arguably responsible for the greatest friendly fire incident in our history after ignoring all attempts at IFF and ending Llama's little airplane ride

"I've gone by either Lestat or Dietrich Kampfer in most games save mmos over the years. 'Kampfer' isn't too bad but idk. I feel I can do better." - probably, but you're stuck with it now, our Kampfer <3

One of our friendly local Brits,
Mr. B O Y Z represents half of the legendary duo known as The Royal Airplane Force, the team who would have won the Top Gun tournament were it not for the ground.

JJ is our acting OPCOM while Jackson works on his tan in the middle east. JJ is also legit a great GCI and has led VFA-69 pilots to great victories after having been shot down because he can't use Push To Talk properly.

Also known as Sgt. Fatass, he eventually downloaded DCS and officially joined our merry gang, but will always be our official janitor - see Honorable Mentions below

He claims to be British, goes so far as to say he lives in the south and can even describe where in the south he lives - we've all been in voice chat with him though and he's clearly Australian

Never let it be said that 1990's Yahoo! Chat nicknames don't have their place in 2019, we're pretty sure he only joined for the illicit memes once Article 13 goes live.

"Hey Osiris told me to pm you about the website. Fun fact I live in the great country of texas and something ive done in dcs is missing all of my harms on the hornet so I just crashed into the sa-2 site in a mission once" - Texas, the great country of grammar and punctuation.

Just go to our Discord and type "from: seapilot_#7777" into the search bar. It's like he doesn't have an off button and just dank memes and spicy rare pepes out of his ass all day. Fits in well, 10/10, would recruit again.

CVW-69 pilots used to get to pick their own Modex. Ravenhold pounced on this one. We'll leave that to the reader to decide what this infers about him.

"THOMPSON YOU TREACHEROUS BASTARD" - Jackson, December 27th, 2018, in the #civsim channel of all places. What kind of language is that for a civilized channel about tubeliners? Disgraceful. Anyway, apparently a treacherous bastard.

Responsible for the legendary "Daddy stennis let go uwu" while LSO'ing a guy with a stuck hook, DsrtFox has quickly become one of the sharpest knives in the fleet, so much so that we're considering dedicating a page to DsrtFx quotes...

We're honestly not sure at this point if anyone has ever flown with Michae1s in DCS, but he spent some time "huey adjacent" in The Division 2 with Lasher and Nullspec so we figured that was close enough. Let us know if you do own DCS, dude.

"But yeah engine gave out as I was approaching tanker. Tanker desided to pull back in its bong as I hit zero in the lean counter. things got SKRRRR quickly so I had to stop in at wawa." - yeah, he's a special kinda special.

Also known as Sirius, he once offered to be Voxel's F-14 RIO. Upon learning that Sirius only had 8Gb of RAM, Voxel opted to take the AI as a backseat instead. He's now Falafel's RIO, having made the wise choice of putting a real amount of RAM in his system.

British, quite well spoken, and serves as our exercise commander. He runs our training ops, making missions and helping folk learn things. His composure while a training flight decided to drop 20,000lb of ordinance on the USS Ron Paul was almost saintly.

Likes guns, and not just like how we all sort of "fuck yea 'merica" like guns. He loads his own rounds, cares about groupings and how the rounds change that, and will happily discuss all this with you at length, probably out to about 1,000yds

Goobs showed up right around the time of the infamous oops incident and proceeded to create our fantastic oops reaction. We're considering changing his username to Goops, mostly so we can say "goops, your b fell over"

We're going to leave the honorable mention below for historic purposes, but having picked up the F-15 and Su-27 in the sale, Blacky managed to get himself in all kinds of DCS trouble, now owning a HOTAS, head tracking, the F/A-18C, and PG. "Dude, flight games suck" - aww, precious.

Aeshchwhatever popped in one day after being referred by someone in his Squad Discord. He's currently doing his PhD in... something... and is arguably one of the smarter people in our group, at least we thought that until he willingly shared his Squad Discord link with this group of mouthbreathing neckbeards...

SENDIT, or whatever he decides to go by at whatever given time - usually something ending in 'bus' - is our resident expert on most things air force. Annoyingly, that whole "classified" thing stops him telling us the good stuff.

This guy shows up out of nowhere ready to fly in a F15. He then proceeds to nail every joining requirement in a row, minus the carrier landing. Next day? He buys the F18, joins up, and nails second place in the Top Fun tournament. We would let his accolades speak for himself, but sometimes even the FNG needs praise. Fuck yeah, FNG

Dude turns up, joins VC, hops on GAW with us, nails a night time carrier trap, bombs a chemical plant, then proceeds to murder three aircraft in the middle of a furball. This is how you join us, folks...

If you can figure out a brevity way of saying this for comms, please let us know. Dee are gee doubleyou had an issue while learning the F/A-18C and skidded into someone. Other dude got mad. Other dude can go fuck himself #officialsquadronstatement

Janitor, USS Ron Paul. I don't think we've ever seen him in DCS World, thought he does own at least one module. For some reason he's always around on Discord complaining about how his uncle married his daughter and now he's lost Prussia. We're not sure if this is Crusader Kings 4 or if it's just a German thing.

The most distressing part of all this is that he thought we were part of his fan base. Anyway, go watch his channel, his videos are easily the best tutorials on how not to fly anything in DCS. Though, on the upside, at least people have heard of you now!